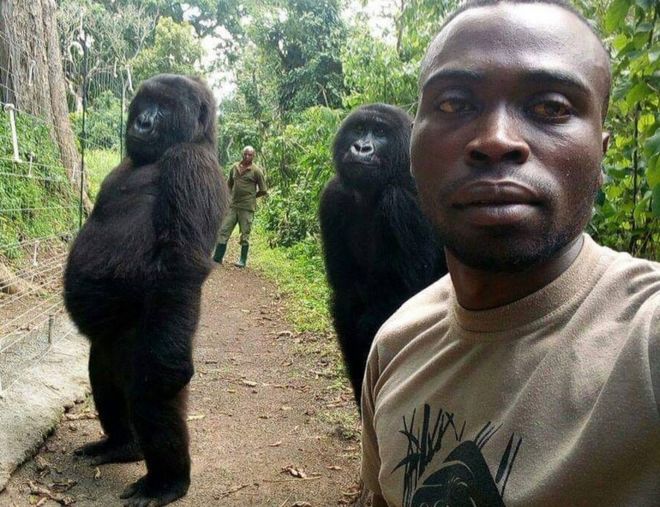 About 2½ years ago on September 30, 2016, India's Radar Imaging Satellite, RISAT-1 suddenly broke into pieces . This occurred ~24 hours after India carried out a cross-border surgical strike against Pakistan on September 29, 2016 in response to the Uri terror attack. RISAT-1 may have helped provide imaging data from orbit as part of that surgical strike operation.

We may never uncover exactly what happened to RISAT-1 - but there are some possible hints:


Incidents
On 30 September 2016, Joint Space Operations Center identified a debris generating event near RISAT-1. The event created 16 pieces out of which 15 decayed and one was catalogued on 6 October 2016 under NORAD ID: 41797 and COSPAR ID: 2012-017C and decayed on 12 October 2016. Cause of this event remains unknown. A month later on 3 November 2016, RISAT-1 data was declared unavailable on ESA's Copernicus Space Component Data Access portal due satellite outage. Satellite was experiencing anomalies but ISRO denied they were related to fragmentation event.


The Indian Radar Imaging Satellite (RISAT)-1 Earth observation satellite experienced a possible fragmentation event on 30 September 2016 between 2:00 and 6:00 GMT due to an unknown cause.

It's very unlikely for a satellite of RISAT-1's construction to have experienced some sort of spontaneous disintegration - and that too, a coincidental 24 hrs after the surgical strikes.


India's recent ASAT test was approximately 2 years in the making, having been undertaken following an order from the Prime Minister's Office. That order was likely given not long after the loss of RISAT-1.
Posted by san at 4/09/2019 01:56:00 PM No comments:

two surgical strikes on itself by cong: manifesto and wayanad

https://swarajyamag.com/politics/two-strikes-against-the-congress-the-manifesto-and-way
--
sent from xiaomi redmi note 5, so please excuse brevity and typos
Posted by nizhal yoddha at 4/07/2019 10:47:00 PM No comments:

Is this not hate speech?

Hindus have done absolutely nothing to deserve such demonization!

Not one Hindu even took cognizance when she was passed around the Bombay Moslem underworld from one “Bhai” to another - like a piece of Kebab!

Not one Hindu even lifted a finger when this 45 year old crazed lunatic “aunty” consummated a Nikah with a Kashmiri Sulla literally half her age, accompanied with the customary conversion to the "Religion of Peace"!

I anticipate that the filthy desi media will soon saturate us daily with "news" about the antics of their forthcoming litter, who I predict will be named "Aurangzeb", "Ghauri", "Alauddin Khilji" etc. like the piglet “Taimur”.

I’m feeling very hurt and angry by MARIAM MIR’s atrocious hate speech against innocent Hindus and feel like giving vent with colourful Hyderabadi street language - but will refrain out of chivalry.

Where are the moronic Judges who pass stupid judgements to ban firecrackers on Deepavali, Kite flying on Sankranti, Colors on Holi etc?

Seriously, the 2019 Lok Sabha election is turning out to be a battle for the continued survival of Hindus with dignity in India.

It's not the BJP Vs. Congress anymore.
This is literally a proxy war between India and Pakistan!

Hindus need to sink all their petty differences of caste, region, language, ethnicity etc. now and unite to strengthen the Hindu nation.

Otherwise, Hindus will be enslaved and wiped out in the cradle of our civilization within another 2-3 decades. 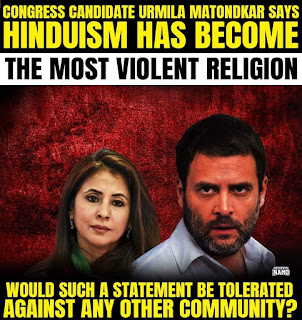 Fwd: Strange saga of Amartya Sen and the Rothschilds

Strange saga of Amartya Sen and the Rothschilds

Amartya Sen has become hyperactive in attacking policies that benefit the people of India, but one fact he has been shy of disclosing during his attacks is his apparent conflict of interest by virtue of marrying Emma Rothschild, one of the heiresses of the world's wealthiest family. The family have made money off India and the Indian government. The assets of the Rothschilds are estimated to be worth at least US$400 billion and the family has a reputation of enriching itself by finding opportunity even on growing misery around the world. The Rothschild family has a history of manipulating stock markets, funding world wars, engineering large scale decisions in their favour, exercising significant control over the banking system, and owning large media outlets to influence public opinion in their favour. Amartya Sen, of course, is the apostle of poverty.

The family business of Amartya Sen's family on wife's side, NM Rothschild & Sons, is seen as having made tremendous amounts of money during the United Progressive Alliance regime between 2004 and 2014, even as Sen's blue-eyed-boy, Jean Dreze was a key member of Sonia Gandhi's National Advisory Council. The connection between Amartya Sen and his family's business is not merely a tenuous one. On the contrary, Sen's father-in-law himself, Nathaniel Mayer Victor Rothschild, 3rd Baron Rothschild, was part of the management of NM Rothschild & Sons. Victor's cousin, Lynn Forester de Rothschild, owns a significant stake in the Economist magazine, which explains the magazine's constant barbs against the Hindu community even as they support Sonia Gandhi and prop up Amartya Sen's economic ideas.


Wow! China Airport face recognition systems to help you check your flight status and find the way to your gate. Note I did not input anything, it accurately identified my full flight information from my face! pic.twitter.com/5ASdrwA7wj
— Matthew Brennan (@mbrennanchina) March 24, 2019

sanjeev nayyar on effect of foreign policy on elections

https://swarajyamag.com/world/what-is-the-foreign-affairs-angle-to-the-indian-elections
--
sent from xiaomi redmi note 5, so please excuse brevity and typos
Posted by nizhal yoddha at 4/02/2019 03:51:00 AM No comments:

https://www.youtube.com/watch?v=1xsZR2rbWes&feature=em-uploademail
--
sent from xiaomi redmi note 5, so please excuse brevity and typos
Posted by nizhal yoddha at 4/01/2019 12:57:00 PM No comments:

events have overtaken me, with #raoul #vinci running from wayanad. but the gist of the analysis is accurate.
https://www.pgurus.com/in-conversation-with-author-political-commentator-rajeev-srinivasan-on-who-will-win-in-kerala-in-2019/
--
sent from xiaomi redmi note 5, so please excuse brevity and typos
Posted by nizhal yoddha at 4/01/2019 12:48:00 PM No comments:

https://swarajyamag.com/magazine/the-national-policy-on-electronics-is-ready-and-heres-what-will-decide-its-success-or-failure
--
sent from xiaomi redmi note 5, so please excuse brevity and typos
Posted by nizhal yoddha at 4/01/2019 09:50:00 AM No comments:

The name is from the Akira Kurosawa film Kagemusha. Authors in this blog are nizhal yoddha, san, karyakarta92, Pagan, and currently inactive Ghostwriter, KapiDhwaja, AGWorld, Darkstorm.