The British authorities, incited by the church, are implying that all Hindu religious festivals are casteist and inviting legal action under the new anti-caste provisions of the Equality Bill. Some prominent Hindus are supporting the authorities!
GS 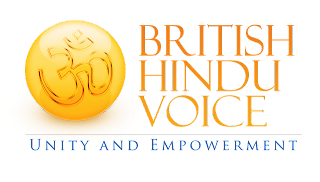 I am writing to express my concern about the way the presenter Nihal presented and handled the discussions and the phone in on the above subject on Fri. 26th Sept 2014.

The link to listening the broadcast is : http://www.bbc.co.uk/programmes/b04hl07y

The shocking implication or the underlying thread of the BBC's view/radio discussion  seems to be  that the Caste legislation would seek to ban such a key religious events as Navratri on the grounds of alleged caste discrimination!


I am sure you are aware that a significant number of Hindus and  Jains feel very hurt with the way the House Of Lords handled the debate on Caste amendment legislation several months ago when some of them expressed very hostile and derogatory views about Hindus  and Hindu faith. If you want, we can send  the details of this to you.

Since then Hindus have  been requesting that whichever publicly funded body wants to discuss Caste , they should first be totally aware of the current  Caste Debate following the abuse dished out to Hindus in Houses of parliament and be unbiased in the way they handle, approach, coordinate and manage the Caste debate.

You may also be aware that the Parliament  supported  the  legislation on Caste without first agreeing a definition of Caste! This has caused serious problems, challenges and concerns. This matter of definition of caste, we believe, is now being  scrutinised by many organisations both Governmental and non governmental.

We are not saying there should be no debate but given BBC's hostility, real or perceived, towards India and Hindus it is important that whoever is making a decision to host this caste debate within a British context should ensure they have proper and full knowledge to begin with,  that the discussion be conducted with fairness and in an unbiased approach. On this bases, we hold that the BBC has failed.

So within this context, could you please give your response to the following questions?

1) How was this topic considered, the reasons for considering it  and by whom?

2) Could you let us know which definition of Caste BBC was using in the broadcast?

3) What research was conducted by your researchers and journalists into how organisations celebrate and organise Navratri?   Which Gujarati organisations did you consult/approach to get details of their policy and approach to this Navratri festival?

An early response would be appreciated

We treat all our subscribers with respect. If you want to unsubscribe from our list, please reply back with "Unsubscribe" in the subject line.

The name is from the Akira Kurosawa film Kagemusha. Authors in this blog are nizhal yoddha, san, karyakarta92, Pagan, and currently inactive Ghostwriter, KapiDhwaja, AGWorld, Darkstorm.